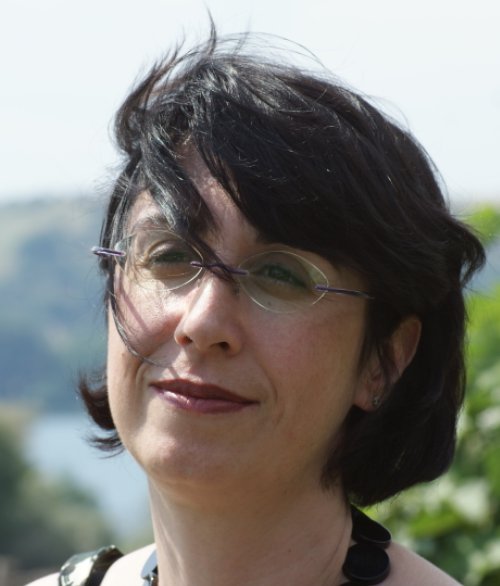 She is the Director of the Center for Ethics in Science and Journalism (CESJ) and the Scientific Director of Agenzia Zoe (agency of science writing).

In 2013 and 2014 she consulted for the UNESCO Office in Venice and held courses on ethics in science communication at the Balkan School for Science Journalism (Belgrade, Podgorica).

In recent years she has been lecturing on Neuroethics (in italian) for undergraduate students and launched the course on Ethics of research (in English) for PhD students at University of Pavia (4 credits).

She holds a course on “Communication and planning for EU research projects” at the Master course in Science Communication, Biology Department, Università Sapienza in Rome.

Daniela Ovadia is among the co-founders of the European Association for Neuroscience and Law: she was a member of the Steering Committee from 2012 to 2016. Since 2017 she is the Secretary of the Association.

She collaborates with the European Center for Law, Science and New Technologies at University of Pavia.

She is a member of the Faculty and Scientific Committee of the “Stem Cell and Genome Editing Master Course in memoriam of Paolo Bianco” at Università Sapienza in Rome.

In May 2018 she was invited to join the Leonardo Group tha support the Venice Science Gallery at Ca’ Foscari University (Venice). The Leonardo Group is a “group of inspirational figures who defy traditional boundaries. Bringing together thought leaders from science, technology, business, the arts, media and culture, Leonardos are committed to creating change and to attracting a new generation of flexible thinkers to engage creatively with science and technology”.

From 2010 to 2015 she sat in the board of the professional association SWIM-Science writers in Italy.

She is a member of the International Neuroethics Society (INS) since 2011 and of the Società italiana di neuroetica (SiNe) since 2014.

2013-2017: She is one of the work package leaders of the SATORI Project (Stakeholders Acting Together On the ­ethical impact assessment of ­Research and Innovation) granted by the EU commission under FP7. She coordinates the research team of the European Union of Science Journalists’ Associations. SATORI is a platform for the consolidation and advancement of ethical assessment in research and innovation. The 4-year project aims to develop a common framework of ethical principles and practical approaches so as to strengthen shared understandings among actors involved in the design and implementation of research ethics (principal investigator professor Philip Brey, University of Twente, ND).

2016-2018: she co-coordinates the ethics and legal work package of the PROTON project, that aims at improving existing knowledge on the processes of recruitment to organised crime and terrorist networks through an innovative integration between social and computational sciences. The ethics and legal work package will performe the ethichs, legal and social impact analysis of the whole project.

2015: she received a grant by the Italian Ministry of Research (MIUR) to evaluate the ethical component of the project PRIN2010 “Neurophysiological an behavioral components of body schema and neuromodulation with tDCs in healthy subjects and brain damaged patients” (principal investigator professor Gabriella Bottini).

2013- 2015: she received a grant by the Italian Ministry of Health for the MAPS project (“A multicentric study to standardize a new informatic tool to assess cognitive and behavioral functions in acute stroke”, principal investigator professor Gabriella Bottini).

2010-2013: she received a grant by the Italian Ministry of Health to coordinate and assess the ethical impact of the TUTOR project (domotic and robot assistance in patient with spinal cord injury) at Niguarda Hospital – Milan (Principal investigator prof Gabriella Bottini).

2009-2011 she took part, as an expert in ethics and public involvement, in the Brain in Dialogue Project (http://www.neuromedia.eu/) supported by the EU Commission under the FP7.

1991-1993: she received a grant from the Lombardy Region to study brain lateralization in epileptic patients candidate to surgery.